The History of Coffee

There are a number of differing stories as to the origin of coffee and how it was discovered.

The first cup of coffee

One story is that of an exiled arab sheik who saved himself from starvation by making a soup from the berries of the coffee shrub. 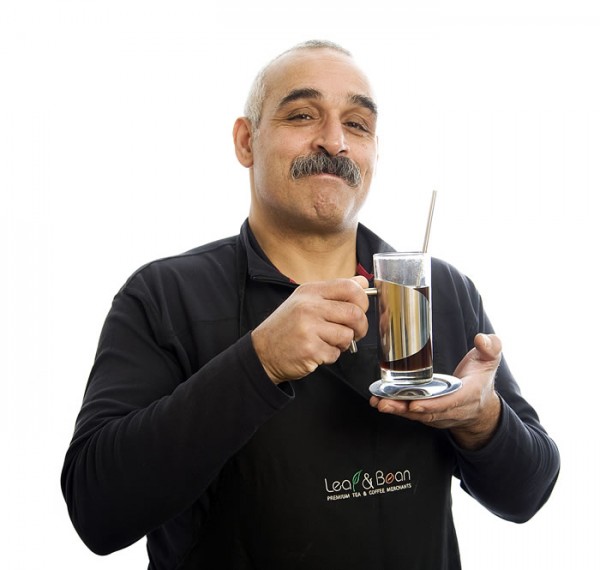 The most common story is however that of Kaldi the shepherd; who around 600 ad was tending his goats on a mountainside one night in Eastern Africa, (Ethiopia) when he noticed that his goats were acting strangely. He realised that they had been eating the berries of a shrub. As a result of this they remained awake, jumping and leaping around all night. Curious Kaldi picked some and tasted them himself. He found that they invigorated him and made him more awake.

A monk from a nearby monastery was passing. Kaldi told him about the goats and the moak asked to be shown this plant; so Kaldi showed the monk the shrub, it was the coffee shrub. The monk wishing to try the effects of these berries crushed a few into powder and poured hot water over them to make a drink. This was the first cup of coffee.

Impressed with the results of this drink keeping him wider awake; the monk took the discovery back to the monastery. Realising that it would help him and his fellow monks stay awake during their long hours of prayers, coffee soon spread from monastery to monastery. And so coffee had been discovered.

In the years that followed the people of this land absorbed coffee into their daily routine however it was not till much later that coffee was discovered by the outside world.

History tells us that coffee was present around the Red Sea area about 700ad. The drinking of coffee soon spread to Arabia. Most likely by arab traders and by the end of the 9th century a drink called qahwa was being made by boiling the beans.

About 1000ad to 1200ad in Arabia it was discovered that roasting the beans made a delicious drink.

By the end of the 13th century muslims were drinking coffee religiously. Wherever Islam went coffee went from India to Africa and into Eastern Mediterranea. Coffee was extensively planted in the Yemen between 1250 and 1600 and was jealously guarded by the Arabs who made every effort to prevent other counties from acquiring their beans. It is said that no coffee seed sprouted outside Africa and Arabia until the 1600s; as a result of this for many centuries the Yemen served as the worlds primary source of coffee.

Some seed beans or plant cuttings were eventually taken out of Arabia either by being smuggled or inadvertently taken by pilgrims on their annual travels to  Mecca.

The first coffee shop that is known to have opened was in Constantinople in 1475 after being introduced to Turkey two years earlier by the Ottomans.

Coffee soon became a part of social life as coffee shops multiplied rapidly over a few years. People visited the coffee shop to talk, listen to music, watch dancing girls, play chess and other games and listen to the tales of wandering storytellers or learned conversations.

Coffee houses became known as the schools of the wise because so much could be learned there and of course to drink coffee.

In the middle of the 16th Century coffee shops were being opened in Egypt, Syria, Persia, the Balkans, Central Europe and Spain.

Coffee was hardly known in Europe before the seventeenth century.

European travellers who visited middle eastern countries at the time probably visited the coffee houses where business would be conducted. When these travellers returned, their reports about coffee aroused European interest.

The British were first in Europe

The British were the first European nation to embrace the pleasures of coffee on a commercial basis.

The first coffee house to open in London was in Oxford Street in 1650 by a Turkish Jew named Jacob. By 1652 there were hundreds of coffee houses each serving their own customers.

The Turkish Ambassador in Paris brought coffee into fashion in Parisian High Society around 1669; as laid down by Turkish custom he offered coffee to all who came to visit him. He persuaded king Louis XIV to try a drink of coffee however he prefered hot chocolate.

The first cafe selling coffee was opened in Paris in 1686 by Francesco Procopio de Coitelli ; its still in business today. Coffee reached Vienna in 1683 just as the city had been besieged in the war with the Turks.

Central Europes first coffee house  was owned by Franz Georg Kolschitzky, a Polish army officer. It was he who established the habit of filtering out the grounds and adding a dash of milk .

During the 17th and 18th centuries the popularity of coffee shop spread throughout Europe. Coffee houses were places of great influence; used extensively by bankers, artists, intellectuals, merchants,and political activists. It was said that a man could pick up more useful knowledge in a coffee house in one day that he could in a month of applying himself to his books. Some of the coffee shops in London became very well known with different groups of workers around which the capitals social, political and commercial life revolved.

The London Stock Exchange was once a coffee shop were stockbrokers and ship owners usually met. Insurance brokers visited Edwards Lloyds coffee house in Lombard St which is the centre of the insurance world and the headquarters of Lloyds of London today.

It is believed that coffee arrived in North America in 1607 when Captain John Smith helped to found the colony in Virginia. By 1668 coffee houses could be found in New York, Boston, Baltimore and Philadelphia. They were more like taverns than the genuine coffee houses of Europe.

Americans drink coffee instead of tea

After the Boston Tea Party of 1773 , the revolt against the tax, King George had placed on tea, the people of Boston and America changed from drinking tea to coffee; it was seen as a patriotic duty.

From one plant sprouts an entire industry

The Dutch were the first to cultivate coffee commercially after they smuggled a coffee plant out of the Arab port of Mocha in 1690, taking the plant to their East Indian colony of Java. Amsterdam became the centre for coffee trading.  By now coffee was a precious product fit for royals. It is the descendants of this plant that ended up producing the entire western coffee industry.

A young french naval officer Gabriel Mathieu stole a cutting from King Louis XIV coffee plants and planted the cutting on the Carribean Island of Martinique it yielded a total of about 18 million trees.

By 1777, the french and dutch were like the arabs before them anxious to protect their monopoly over cultivation, however a Brazil Emperor wanted a cut of the coffee market , in 1727 he sent Lt Col Francisco de Palheta to French Guiana to mediate a border dispute between the French and Dutch, the colonel settled the dispute and also managed to initiate an affair with the governor’s wife. Then the plan payed off and as a farewell gift at a state dinner she presented him with a token of affection, a bouquet in which she hid cuttings and fertile seeds of coffee. From these shoots the worlds greatest coffee empires and plantation of Latin America emerged.

Coffee for the masses

By 1800 Brazils monster harvests turned coffee from a drink for the elite into an everyday drink of the people.

The 20th century has seen a number of important developments in coffee including the development of both instant and decaffeinated coffees.